Our Lost Humanity: Death of a Queen

We are in a global pandemic far worse, and far more dangerous, than the Covid19 pandemic.

This pandemic could be called The Cult of Victimhood (or, The Loss of our Humanity).

There have been signs simmering under the surface of society for a few years; since 2020, these have bubbled ever closer to the edge until, with the death of Queen Elizabeth II, the deadly virus boiled over into society’s consciousness.

This virus has bred a society of victims who celebrate the death of an elder, a woman so old that there are 101 years between the birth of her first Prime Minister and her last.

One hundred and one years. Think about that for a moment.

How can any of us born in this modern era know or understand the personal cost she paid to meet the demands of a Head of State in an era that spanned an unprecedented amount of social change? 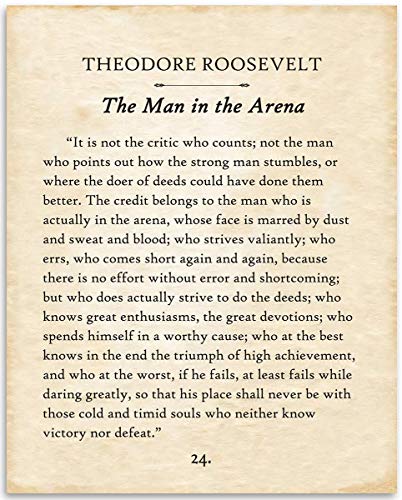 Prejudice is a race-less, gender-less and faith-less human condition and thus every human being, regardless of our race, gender or faith, possesses the capacity to be blind to our own inviolable prejudices. Those who are unable to separate the woman from the symbolism of Queen to the extent that in her final hours wish her “excruciating pain” or who celebrate her death are as prejudiced as the worst colonisers human history has seen.

I began to lose hope in the ultimate goodness of humanity in 2016, when Trump was elected President. Now, with the vicious, and at times downright evil, rants surrounding Queen Elizabeth II’s death, I fear humanity is entering a collective dark night of the soul. We have never been closer to the abyss that irrevocably separates good from evil.

The moral debates around the collective’s past norms must and should continue: slavery; colonialism; reparation; economic, gender and race inequalities — there is still so much that needs to be addressed before each of us can live up to our highest potentials as unique individuals contributing to the greater good of all. We are not free from suffering until all of us are free.

But one of the dangerous side-effects of this cult-of-victimhood virus is a sense of entitlement that justifies a rage allowing no other suffering and pain except one’s own to be heard.

Is this brave new world, this world that iconic figures such as Martin Luther King Jr dreamed would be a place where people are not “judged by the colour of their skin but by the content of their character” merely the flip side of the old world with a new kind of “vicious racist” that by their very nature create, in turn, new injustices in an attempt to redress centuries-old injustices of an outdated and flawed system that perpetrated unspeakable cruelties against humanity?

The vindictive behaviour of so many on the death of Queen Elizabeth II begs the question: are we as a species any more civilised than those blood-thirsty crowds baying for blood as gladiators clashed in the Colosseum? Are we any kinder than Shaka, that most powerful of Zulu Kings who, on the death of his mother, was so filled with grief that he ordered any woman who became pregnant to be executed along with her husband and unborn child?

Surely, surely, in the name of our humanity, this necessary narrative on how to create a better world for all could have been suspended to acknowledge the decades-long personal sacrifice and effort of a young woman who did her best to serve her country and her peoples under the accepted norms of the day?

Just as no-one consciously chooses to be born into slavery or poverty, or black or white, or male or female, the Queen did not consciously choose the role that was thrust upon her at the young age of 25.  Yet, two days before her death at age 96, and seriously ill, she held steady and performed her final state duty with a smile on her face.

There is nothing humane, or just, about the appalling viciousness of Prof Uju Anya’s tweet, or the EFF’s official statement on the Queen’s death, or Irish football fans or Irish ex-pats celebration during Queen Elizabeth II’s final days and death. Professor Anya is in the position to mould the minds of her young students; the EFF is an influential opposition political party.

What kind of world is their prejudice, anger and hatred going to create? It's worth considering that history shows us, while King Shaka’s pain and suffering were no doubt the root of his cruel actions, that moment of savagery led to his downfall.

To those who, like the self-styled “anti-racist” Professor Anya, try to justify their cruel and merciless behaviour as “fair and just” because of the history of what the Queen symbolised, I ask this: if, with retrospective moral judgement, you condemn individuals who lived to their highest potential within a system that, when it existed, did not know it was horribly flawed by present day moral standards,  how will a more evolved future society judge your actions around the suffering and death of another human being?

Under the categorial imperative of moral rectitude, what is unjust when done to you, is also unjust when done by you. Nelson Mandela intuitively understood this. Despite his suffering, despite his humiliation, he rose above his pain and was able to separate the role of apartheid jailer on Robben Island from the man Christo Brand, and an unlikely friendship was forged. 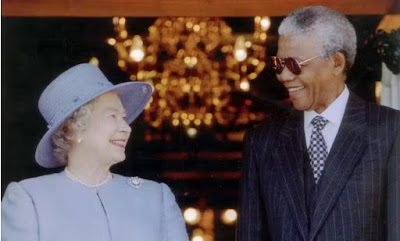 How much more powerful it is to bring about the changes you want in the world through love rather than through a hatred that leaves no place for our common humanity!

To those who danced at the Queen’s passing, I leave you to consider the words of my late husband’s mentor and friend, Judge Bernard  Makgabo Ngoepe. In his recently published memoir, Rich Pickings Out of the Past [Juta Law, 2022], the Judge says “How did we, as humans, reach a point where the [death] of a head of state, a fellow human being, became a cause for celebration? …for change to occur we foolishly tend to embark on ways that will inevitably lead to our demise.”

When future generations, still wounded and in pain from aeons of cyclical ancestral pain and suffering, look back on how our society responded to the death of Elizabeth Alexandra Mary Windsor, an elderly woman — a human being — who also happened to be called Queen Elizabeth II of the United Kingdom, what will they think of the loss of our humanity?

NOTE: King Charles III has been an advocate for climate change and an environmental activist since the early 1970’s. In 1975, the King established the Prince’s Trust, which has helped more than one million young people of all races, genders and faiths improve their lives. Long may his work continue. #GodSaveTheKing 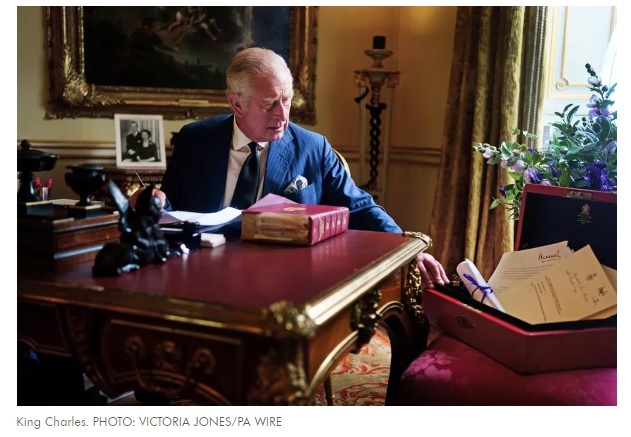 Last month I spent a delightful few hours with journalists from THE HAWK newspaper of St Joseph's University in Philadelphia, Pennsylvania in the United States of America. Over smoothies and hot chocolate, journalist Leslie Quan, photographer Mateo and I discussed a wide range of topics from the Ancient Greek poet Korinna and her focus on women's experiences being written for women  to how the listening to the Truth and Reconciliation Committee in the 1990's as South Africa transitioned to a democracy affected me.

You can read the full interview here or an excerpt below.

Thanks to Leslie for her thought-provoking questions and Mateo for his photography skills, and wishing both Leslie and Mateo great success in their future careers. 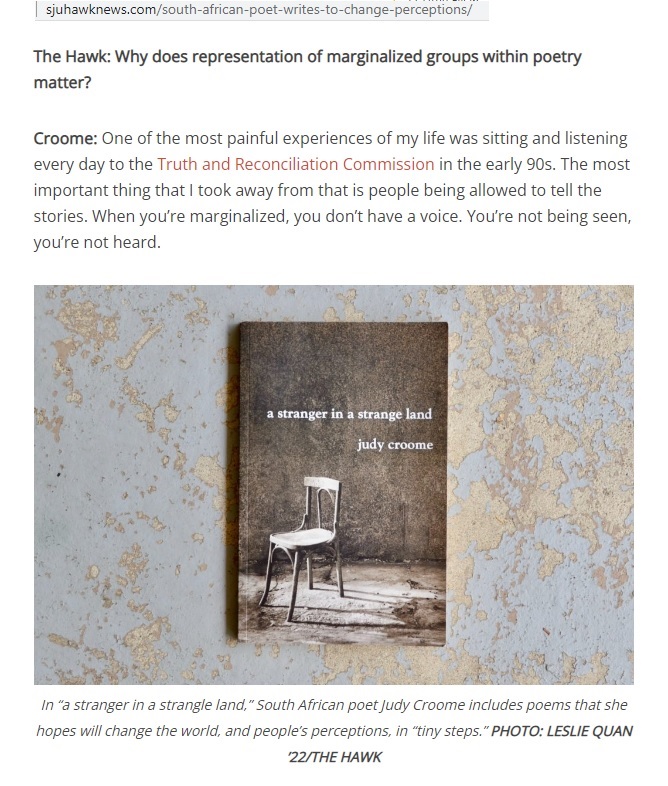 I was unable to attend this prestigious book launch in person because of the venue’s covid requirements, but still an electric experience via zoom being part of the Juta’s launch of the Tax Ombud SA’s  Judge Bernard Ngoepe’s book “RICH PICKINGS out of the past” 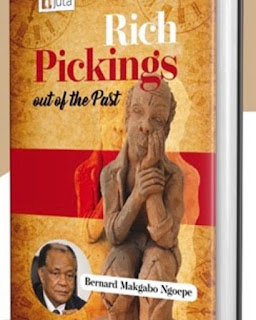 There's a new kid on the block and its name is SHEPHERD, where a reader hungry for more books can easily find books similar to the genre, style and type that has just been enjoyed.

In the words of Shepherd's founder Ben Fox: 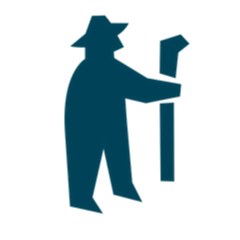 "Shepherd is reimagining book discovery for the online world.

I love walking around bookstores and browsing until something grabs my attention. I am reimagining that feeling for the online world. I want to help readers bump into books they would otherwise not find and give them ways to follow their curiosity between topics and concepts.

And, I want to help authors meet more readers. Authors illuminate our world, take us on faraway journeys, and entertain us. There is a growing trend that authors have to become their own marketing team. That concerns me because it is very difficult to do and it takes time away from writing. I want to make it easier for authors to market themselves and sell more books.

I love wandering around bookstores and letting random books capture my attention. Nothing will ever replace the “bookstore experience”, but I want to reimagine book discovery online with a lot more serendipity and delight."

THE BEST BOOKS ON MAGICAL REALISM

THE BEST BOOKS FOR FINDING HOPE AND INSPIRATION

There are many more lists of the best books on, well, on just about every topic you can think of and many more reading topics you haven't even thought of to discover.

Sometimes we need a little extra support to help us through our day. Pick a pile and listen to what the guides offer.

Thank you for spending your energy listening to this reading. Before you go, remember to share the love by clicking the like button, commenting and subscribing so you don’t miss future readings.

This general reading is for entertainment purposes only. Read full disclaimer HERE 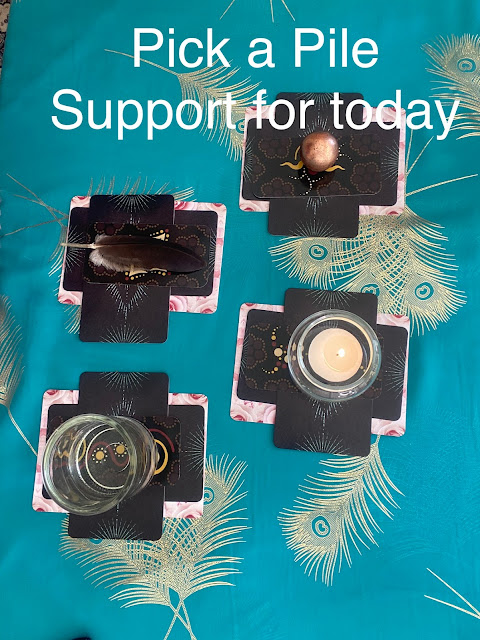 A Poetic Book Tour for "the dust of hope"

Please join Serena and her team from Poetic Book Tours for their Winter 2022 blog tour for the dust of hope: rune poems by Judy Croome, published by Aztar Press in September 2021.

Follow the blog tour with the hashtag #dustofhope and @judy_croome 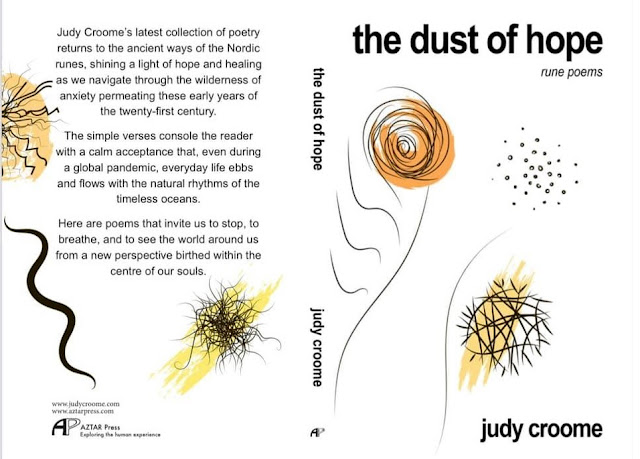 Tarot guidance to brighten your day.

Remember to join us on Youtube by hitting that “like” button and subscribing to the channel for your daily tarot treasure!

31/01/2022 Today we must take time to recharge our energy in some small way -
take a walk on your own or play with your pet;
take a few minutes to do whatever nurtures your soul.

30/01/2022 Today’s message reminds us to live a life abundant with love and laughter.