South Africa is a country with a bad-ass reputation.

South Africa is not only a land of darkness; she is also a land of hope and glory and great natural beauty.

There is much to inspire us. The iconic Nelson Mandela and Archbishop Desmond Tutu head the list, but we also have Oscar Pistorious, a double amputee athlete known as the Blade Runner, because instead of flesh-and-blood legs, he runs on steel prostheses. Dr. Chris Barnard, who performed the world’s first-ever successful heart transplant was born in the Karoo and performed his world famous operations in Cape Town. And did you know that the great JR Tolkien was born in Bloemfontein?

Eish!* South Africa’s current literary scene has a big history to live up to.

There was the short story writer Herman Charles Bosman, who is best known for the Oom Schalk Lourens series set in the Marico region and for his semi-autobiographical book, Cold Stone Jug, based on his experiences in prison, where he served a sentence for killing his step-brother. Between his Bohemian life-style and satirical sketches of rural Afrikaans life, Bosman also found the time to translate the Rubaiyat of Omar Khayyam into Afrikaans.

Olive Schreiner is best remembered today for her highly acclaimed novel The Story of an African Farm (1883.) For a Victorian woman, Schreiner was ground-breaking in her free-thinking views: the novel deals with some of the critical issues of the day, including agnosticism, career aspirations of women and an insightful portrayal of the elemental nature of life on the colonial frontier. But Schreiner was no radical, for her writings tend to hint at universal values such as moderation, peace and co-operation among people, rather than promoting socio-political causes, such as feminism or anti-racism. 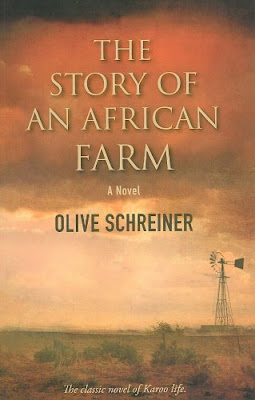 During the apartheid era, many of the most influential anti-apartheid activists were local South African writers. There was JM Coetzee and Nadine Gordimer, who was a close friend of Nelson Mandela's defence attorneys during his 1962 trial. When Mandela was released from prison in 1990, Gordimer was one of the first people he wanted to see.

Alan Paton, Andre Brink and Breyten Breytenbach all wrote passionately against the apartheid regime: perhaps for personal reasons, but their voices were effective nonetheless. One wonders what was discussed at the Sunday lunch table in the prominent Afrikaans Breytenbach family, for Breyten Breytenbach’s brother was Colonel Jan Breytenbach, who formed the elite 32 Battalion - known as the Buffalo Battalion - of the South African Defence Force; in the brilliant movie “Blood Diamond,” Leonardo di Caprio’s tragic character, Danny Archer, had served in 32B.

Our literary history also includes some well-respected poets, such as Guy Butler and Roy Campbell. In his poetry, Butler strove for the synthesis of European and African elements into a single voice, while Campbell was considered by T. S. Eliot and Dylan Thomas to have been one of the best poets of the early 20th century.

In contemporary South Africa, we have a vibrant literary community.

Writers such as Lauren Beukes (who won the 2011 Arthur C. Clarke Award) and Sifiso Mzobe (whose debut novel Young Blood won both the Herman Charles Bosman Prize and the 2011 Sunday Times Literary Award for Fiction) carry the torch of South African literature high.

South African authors today reflect the literary voices of this wounded nation as she struggles to throw off the demons of her past and overcome the challenges of her present.

And it is their myriad voices that are helping to rebuild South Africa’s reputation: one that will match the warmth and hope of a country battered and scarred by dark memories, yet ever hopeful of a future glory.

###
*“Eish!” A catch-all South African exclamation that expresses anything from surprise to annoyance. Not allowed to appear in print without an exclamation mark.
###


What sparked the idea for Monarch?


Monarch came about over a period of a few years. I wrote three short stories from which I gleaned the idea, but I think the original idea came from reading Annie Dillard's Pilgrim at Tinker Creek where she has a section about monarch butterflies - and it's so moving and beautiful that I wanted to capture something like that in a novel. Of course, knowing me, I had to go and throw spies into the mix. *smile*


Which part of researching Monarch was the most personally interesting to you? Were there any facts or themes that you would have liked to include, but they just didn't make into the story?

I think the most interesting research was looking into the CIA. Just try getting straight facts on a government agency which prides itself on secrecy! I ended up reading a few biographies from now-retired CIA operatives. That gave me a lot of insight into how the agency is run, for the most part. Of course, my worst nightmare is that a real CIA officer or employee will read my book and just die laughing at how wrong it all it is! 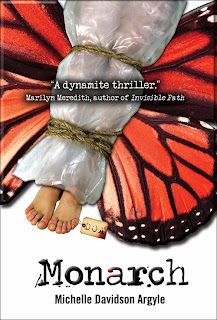 What is the toughest battle Nick must face in Monarch?

Nick's toughest battle is learning to face to his own heart and how he truly feels about his loved ones. This, of course, affects how he treats and thinks about them. This, in turn, seeps into his fledgling relationship with his new love interest, Lilian. He's never quite sure how he feels about his wife's suicide - and his daughter who could have stopped it. In reality, Nick is in limbo with his emotions. He's fine running around keeping everyone from physical harm, but when it comes to his heart, he's in that cocoon stage trying to figure out when and how he'll emerge.

When writing a novel, how do you develop and differentiate your characters?

That's tough to say. Honestly, much of my novel character development happens on a subconscious level. I do write outlines, and I will write out character traits, but only loosely. In respect to characters, I like them to develop organically. If I try to force them into pre-made little boxes, I run into nothing but trouble.

What was the book that most influenced your life — and why?

I'd have to say Annie Dillard's Pilgrim at Tinker Creek. I mentioned that book up above. It's not a novel, but a mixture of memoir, philosophy, poetry, and reflection. It's absolutely incredible, and literally turned me around to writing fiction instead of focusing on editing in my schooling. It's odd that a nonfiction book turned me onto fiction, but it was from that book that I wrote my short story, "Clover," and from that which two of my college professors said I had an amazing gift and should seriously consider creative writing instead of technical writing. I'll never forget that moment.

American author Susan Daitch once said "I feel a certain amount of embarrassment, a lack of preciousness about my work, and would rewrite all of them given half a chance . . . Once the books are in print I have to turn the spines against the wall." When you reread your own novels at a later stage, how do you feel about them?

That's sad for Susan! I usually always want to rewrite things, but there's a drive in me that won't let me leave my books untouched on a shelf. One of the main reasons I started writing novels in the first place was because there aren't other books out there that tell the stories I wanted to read...so I have to tell them. Because of that, one of my greatest joys in life has been reading my own fiction, and I must say that getting it published and reading it in such a polished, beautiful printed format, is even better! I think it will be a sad day that I don't read my own fiction once it's "finished." It's true that a book is never finished, only abandoned, but I'm still happy to enjoy it even once I've abandoned it to publishing.

You can read my review of Monarch here.


To thank Michelle for her time, I'm giving away a FREE PRINT COPY of MONARCH to one lucky reader. To enter, for the draw, please leave a comment below and on the 10th October 2011, I'll use Randomizer.org to pick the name of the winner.
Posted by Judy Croome | @judy_croome at 02:00 16 comments: